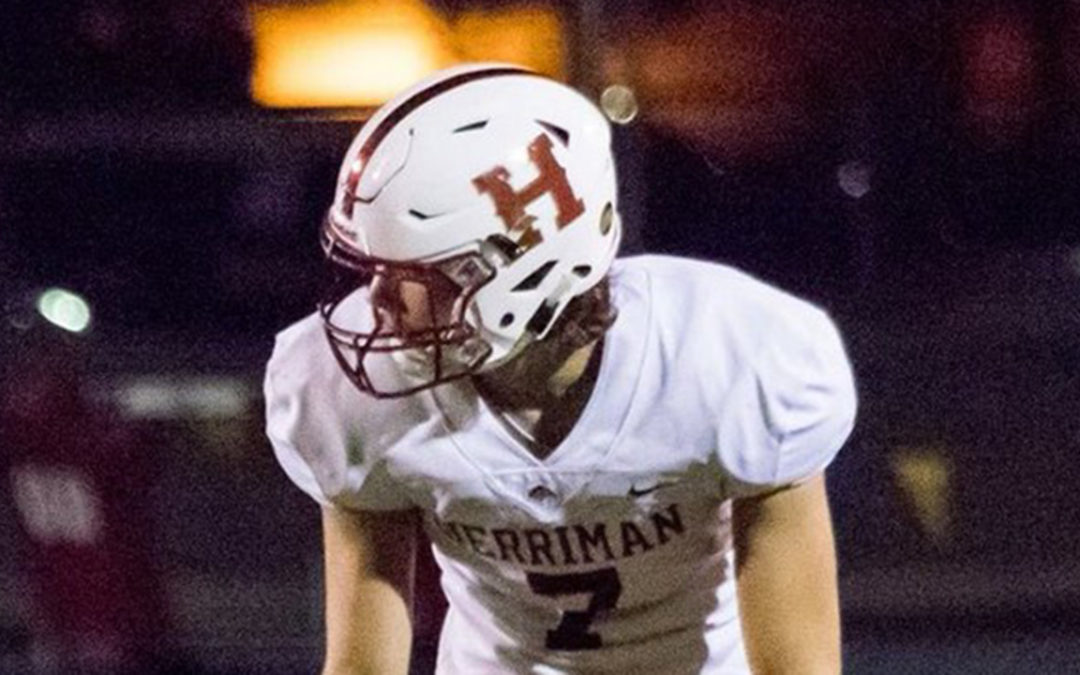 Fisher Jackson is a 6-foot-5 220 pound safety and wide receiver that announced his verbal commitment to BYU earlier this week via Twitter.

đź”µâšŞď¸ŹHuge thanks to @BYUfootball for having me up on an OV this weekend! iâ€™m excited to announce my verbal commitment to play at the Brigham Young UniversityâšŞď¸Źđź”µ #GoCougs #BuiltNotBorn pic.twitter.com/EZ9O2IlqqH

Jackson preps at Herriman High School, where as a senior (2018) he had three carries for six yards, 14 receptions for 135 yards and four touchdowns, 44 tackles (15 solo), two passes defended, one forced fumble, two fumble recoveries, and five interceptions.  As a junior (2017) he had nine receptions for 142 yards and two touchdowns.

Jackson has scholarship offers from Montana State-Northern and Southern Virginia, with recruiting interest from Southern Utah, Utah State, and Weber State.  Heâ€™ll be joining the Cougs in 2019 as a preferred walk-on.

Jackson: I chose BYU because itâ€™s more than just football. You can have a family away from family and a home away from home. It just felt right and where I needed to be to get to the level I want to play at someday.

Jackson: I love In-N-Out and Mexican food. My favorite movies are American Sniper, Lone Survivor, and any superhero movie. I listen to Hip-Hop & Rap.

BYU Insider: What are some of your greatest accomplishments?

BYU Insider: Who is a current player (collegiate or pro) that you seek to emulate on the field?